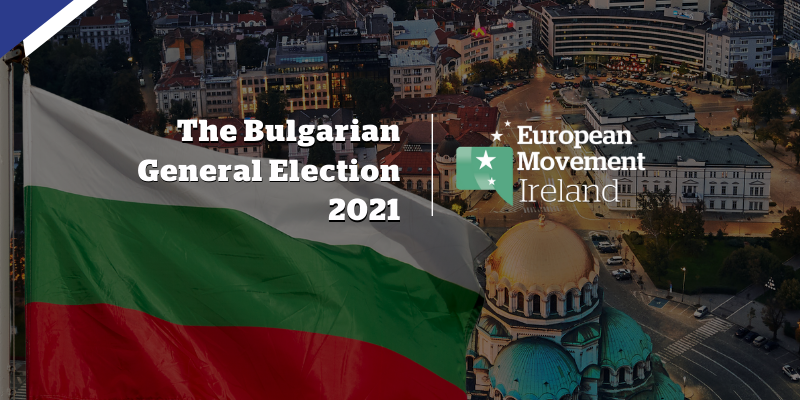 Bulgarian parliamentary elections for the National Assembly (‘Narodno sŭbranie’) are held every four years. As a unicameral parliamentary, representative democratic republic, Bulgaria’s assembly has 240 seats, with members elected through a ‘proportional representation’ system across 28 multi-seat constituencies. In this multi-party system, a political party or coalition of parties must gain a minimum of 4% of the national vote to enter the assembly, while 121 –seats are required to form a working majority in the Assembly.

The prime minister has the responsibility for choosing the cabinet (Council of Ministers), which is then to be approved by the parliament. The President is the Head of State and commander-in-chief of the Bulgarian Arms Forces. Albeit a largely ceremonial role, the President’s power does extend to participating in the government formation process and they may also provide policy suggestions to the government and impose vetoes on particular legislation.

Following an election, the party with the largest number of seats in the Assembly nominates a candidate for Prime Minister, who is to be elected by the National Assembly and then approved by the President.

Recent Election 2017 and Since

* A table at the end of this Just the Facts outlines the main political parties in Bulgaria and their European Parliament affiliated groups.

The current Bulgarian government is a coalition of political parties formed by the GERB party and the United Patriots – a coalition of NFSB, ATAKA, VMRO, who agreed on a common programme for government.

The Prime Minister, Boyko Borissov, is the leader of the ruling centre right ‘Citizens for European Development of Bulgaria’ (GERB) party and is campaigning for a fourth term in office. He has been Prime Minister of Bulgaria from July 2009 to February 2013 and from November 2014 to January 2017. After the last election in 2017, Borissov’s GERB party won 95 seats, allowing him to become Prime Minister.

Despite losing three seats, the United Patriots agreed to form a working majority with the GERB party having secured 27 seats. After the 2017 election, the largest opposition party, ‘Coalition for Bulgaria’ (BSP party) won a total of 80 seats, an increase of 41.

Although, there were 20 parties that contested the 2017 national election, only 5 major parties managed to reach the minimum 4% threshold to enter the assembly including the ‘Movement for Freedom and Rights’ (DPS Party), and the new far-right ‘Volya’ party.

Over the past year, Bulgaria has seen anti-government protests as allegations of corruption arose over key parts of the state’s judiciary and security forces. Last October, the number of protests reached a 100th day landmark in Sofia where several thousand people turned out on the streets ‘accus[ing] the government of favouritism, dependence on powerful oligarchs and weaponising prosecutions against political opponents’.

Also, some of Bulgaria’s media outlets have allegedly been subjected to judicial and economic harassment and consequently denied access to state advertising and information.

Such allegations and the effects of the government’s management of COVID-19 pandemic have dominated the campaign trail, as the Bulgarian government has been criticised for their slow roll-out of the vaccination programme, relative to other EU member states.

Despite momentum gaining across Europe in the rollout of vaccinations, Bulgaria has one of the lowest rates of people vaccinated (6% of population to date) of all EU member states with one of the world’s highest coronavirus related death tolls of over 13,000 people of their 6.9 million population.

The European Commission has sought to offset the negative effects of the pandemic for EU states such as Bulgaria through the state aid ‘Temporary Framework’ which is co-financed by the European Regional Development Fund. Bulgaria received €79 million to support its ‘micro, small and medium enterprises’, whose commercial activities would have been negatively impacted by the state’s Covid-19 restrictions.

Results of the 2021 Parliamentary Elections and Reaction

Preliminary results show that the GERB party has won the most votes, albeit significantly less than its 2017 result with projected loss of 19 seats. The left-wing opposition of ‘Coalition for Bulgaria’ lost 37 seats, while the new ‘There are Such a People’ (ITN) party came in second with 51 seats.

The GERB party’s coalition current coalition partners, United Patriots, have not reached the 4% threshold of votes to enter the Assembly. A new coalition of parties is now required to form a working majority in the ‘Narodno sŭbranie’.

In terms of the European Union, if no government can be formed by the Bulgarian parties, it may prove difficult to access funds from the EU’s €750 billion Covid-19 Recovery Fund (Next-Generation EU) which may result in a period of uncertainty for Bulgarian politics.