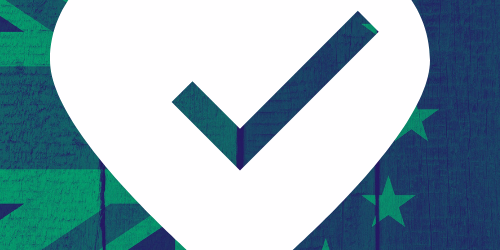 The emergence of COVID-19 has illustrated the importance of cooperation and coordination on healthcare. From European Union health efforts conducted by the European Medicines Agency (EMA) and the European Centre for Disease Control (ECDC) to global health efforts conducted by the World Health Organisation (WHO), collaboration has proven to be an integral part of our pandemic response.

What is cross-border healthcare?

Based in Leitrim, the HSE’s EU & North-South Unit works with healthcare providers in Ireland and Northern Ireland to deliver healthcare to patients in border areas and beyond. The Unit engages with agencies and departments on an all-island basis, arranging collaborative service agreements designed to facilitate the treatment of patients.

One example of a North-South partnership facilitated by the Unit is the radiotherapy service provided by the North West Cancer Centre at Altnagelvin Hospital in Derry. This arrangement provides patients North and South of the border with radiotherapy treatment.

Providing patients with prompt and direct access to healthcare, the cross-border care facilitated by the HSE’s EU & North-South Unit is critical for patients in border areas. In order to ensure that this care is uninterrupted, the EU & North-South Unit has prepared extensively for Brexit. Close cooperation with the Department of Health and close coordination with different branches of the HSE facilitate this.

The Cooperation and Working Together (CAWT) Partnership

Cooperation and Working Together (CAWT) is a partnership between healthcare services in Ireland and Northern Ireland. Established in 1992 by the Ballyconnell Agreement, CAWT facilitates cooperation between the Health Services Executive (HSE) in Ireland and the Southern and Western Social Care Trusts, the Health and Social Care Board (HSCB), and the Public Health Agency (PHA) in Northern Ireland.

CAWT is responsible for ensuring that these programmes are administered in accordance with the standards outlined in the Special EU Programmes Body (SEUPB).

EU funds for CAWT initiatives are provided by the EU’s Peace and Interreg programmes. The EU has committed to funding CAWT cross-border initiatives, ensuring that cross-border healthcare facilitated by CAWT will continue post-Brexit.

The European Health Insurance Card (EHIC) entitles EU citizens to medical treatment in the EU, the EEA and Switzerland if treatment is required while travelling. The EHIC covers pre-existing conditions in addition to accidents and illnesses that occur or develop during travel.

The purpose of the EHIC is to enable EU residents to travel without having to return home for medical treatment. To that end, the EHIC only applies to illnesses that emerge or develop during travel.

Patients interested in pursuing planned treatment in Member States other than their own are entitled to avail of other schemes such as Treatment Abroad Scheme (TAS) or the Cross Border Directive (CBD).

Intended to provide patients with access to indispensable healthcare, the Treatment Abroad Scheme (TAS) enables EU residents to pursue treatment in the EU, EEA or Switzerland, in instances where treatment is inaccessible in their own country.

In order to access healthcare abroad through the TAS, patients require an application form and a referral letter from a consultant. The referral letter will have to explain why the treatment is medically required and will have to provide evidence of the patient’s condition. Applicants approved by the HSE will receive an approval letter.

The TAS remains in place post-Brexit and Irish patients are able to access UK healthcare through the TAS.

Introduced in 2011, the Cross Border Directive (CBD) enables EU and EEA residents to access healthcare in EU Member States and in the European Economic Area (EEA). Designed to facilitate accessible and affordable healthcare treatment, the Directive affords patients the ability to bypass waiting lists in their own Member State by pursuing treatment in other Member States.

An alternative scheme termed the Northern Ireland Planned Healthcare Scheme (NIPHS) is in the process of being introduced.

Approved by the Government in December and operating on an ‘administrative basis’, the Northern Ireland Planned Healthcare Scheme (NIPHS) is intended to provide patients in Ireland with access to healthcare in Northern Ireland. Effectively a replacement for the Cross Border Directive (CBD) and the Treatment Abroad Scheme (TAS) the NIPHS operates on identical parameters to the CBD. The NIPHS entitles patients to reimbursement for procedures that are publicly funded and nationally available.

Medical imports and exports are proceeding post-Brexit. According to the HSE, the supply of medicines to Ireland is expected to proceed with few disruptions. In the event that there are disruptions, the HSE has stated that it is well prepared.

A recent decision by the European Commission is expected to facilitate the importation of medicines from the UK post-Brexit. Due to the historical dependence of Ireland, Northern Ireland, Cyprus and Malta on the UK for the supply of medicines, the Commission has allowed for an additional period of one year – from January 2021 to December 2021 – for the UK to comply with the Union’s pharmaceutical acquis. This decision was communicated by a Commission Notice on 25 January 2021. Northern Ireland will remain under the EU’s regulatory regime for medicines.

The island of Ireland has considerable cross-border health infrastructure, from individual agreements to administrative and organisational partnerships. This will remain the case post-Brexit, however, certain pathways to treatment will change. Whereas EU initiatives including the Cross Border Directive (CRD) formerly provided a pathway to treatment, Irish patients will have to rely instead on all-island pathways to treatment, particularly on the Northern Ireland Planned Healthcare Scheme (NIPHS).