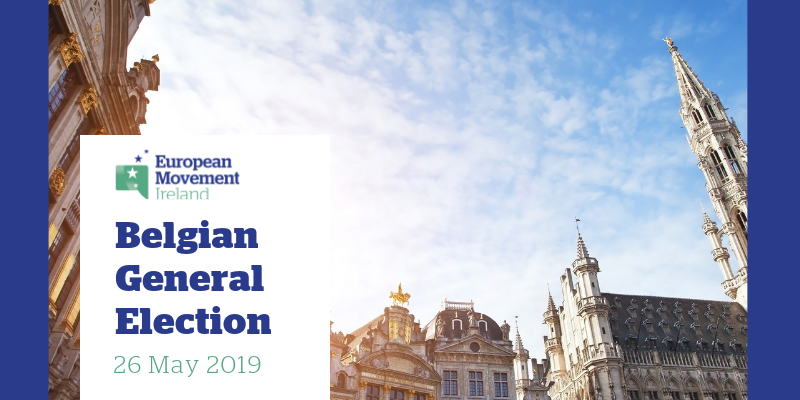 Sunday, 26 May turned out to be a very eventful day for Belgian politics. Not only did the Belgian electorate select 21 MEPs to represent them in the European Parliament, but voters also took to the polls to elect regional and federal parliaments.

Belgium has a bicameral Parliament made up of the Senate with 60 seats and the Chamber of Representatives with 150 seats. Belgium is a decentralised state where decision making powers are divided up between three levels of governance: the federal government, the language-based communities, and the three regions of Wallonia, Flanders and Brussels City. Belgian political parties are divided up into linguistic groups (French, Dutch and German) and each represent their regions as well as ideologies.

To this effect, Belgium has a very complex political environment. As has proven to be the case again in Sunday’s election, Flanders tends to support more conservative, nationalist, right-wing parties while Francophone Wallonia veers more toward left-wing parties.

Prime Minister Michel’s government was reduced to a minority government last December when the Flemish nationalist party, N-VA, refused to support the government’s backing of the UN’s Global Compact on Migration. Michel was subsequently forced to step down when the Socialists and Greens proposed a vote of no confidence. Since then Michel has carried out the role of leading a minority caretaker government.

Migration and climate change have been extensively debated throughout this election campaign. Prior to the vote many believed that Belgium was set to be the next European country to experience a surge of green parties. Particularly in Brussels where Groen (from Flanders) and Ecolo (from Wallonia), who both sit alongside the Irish Green Party with the Greens in the European Parliament, were top of the polls. Many voters claimed to be disillusioned with established parties and frustrations are mounting over living standards, a stagnant economy and climate action.

Belgium is one of the few EU member states where voting is compulsory, therefore turn-out was expected to be high.

As expected prior to the elections, it looks likely that a long road of coalition talks lies ahead. Election results demonstrate a clear divide along the political spectrum between Flanders and Wallonia with Wallonia voting to the left and Flanders voting overwhelmingly to the right.  While the Greens made gains in Brussels and Wallonia, they failed to live up to predictions made in the run up to the elections.

The 150 seats in the Federal Parliament will be spread among a large number of parties. In Flanders, far-right, eurosceptic Vlaams Belang made very significant gains, surprising many. They have won 15 seats in the federal parliament securing 11.9 per cent of the vote.  Despite having suffered a loss of 8 seats, nationalist N-VA, who supports the separation of Belgium, remains the leading party in both Flanders and nationally now holding 25 seats in the national parliament.

Duty now falls upon King Philippe to appoint a politician tasked with forming a federal government. Given that coalition talks are likely to be lengthy and difficult, it is expected by many that he will first mandate somebody to hold exploratory talks as he did following the federal elections in 2014.  As predicted, it seems very likely that Belgium will have to wait a long time before a new government takes up office. In 1991 centrist parties agreed to what became known as a cordon sanitaire whereby all parties ruled out entering into power with eurosceptic Vlaams Belang (who now align themselves with Salvini’s far-right Lega party in Italy and La Pen’s Nationally Rally in France).  Coalition negotiations are likely to be consumed with the issue of whether parties are willing to work alongside them. N-VA is thus far the only party to not rule out working alongside Vlaams Belang.

Political deadlock would be unfortunate and untimely given the current political climate across Europe and the ever present threat of a no-deal Brexit. Hopefully negotiations won’t go on for as long as they did between 2010 and 2011 when Belgium broke the world record in having no functioning government for 589 days.