‘All EU need to know’: Migration and the Refugee Crisis 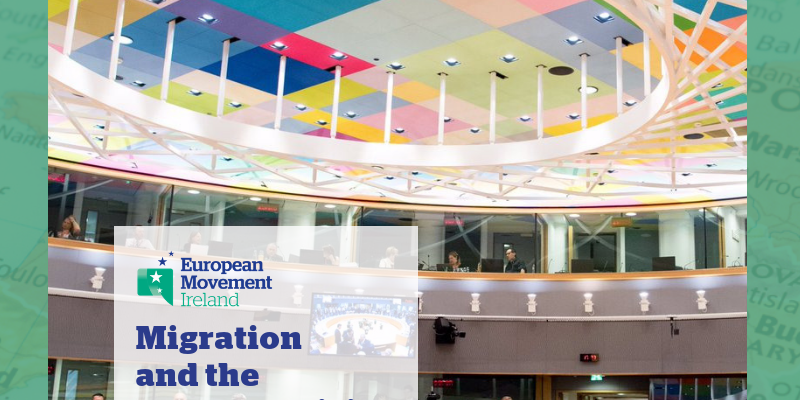 The United Nations defines migrants as people who choose to move to another country mainly to improve their lives by finding work, or in some cases for education, family reunion, or other reasons.  Refugees, on the other hand, are defined as fleeing armed conflict or persecution and cannot return home because it is too dangerous.  They are protected under international law by the 1951 Refugee Convention, which defines what a refugee is and outlines the basic rights afforded to them.  Refugees seeking recognition under the 1951 Convention are also called asylum seekers.  According to Eurostat, more than 1.2 million asylum seekers applied for refugee status in EU countries in 2015, with the biggest driver of migration into Europe being the on-going conflict in Syria.

Calls for Reform of the Common European Asylum System

In May 2015, the European Commission put forward the European Agenda on Migration to suggest reform of the Common European Asylum System (CEAS).  The Dublin Regulation currently establishes the criteria for processing asylum applications, whereby the responsibility for processing an asylum claim generally lies with the country in which the applicant first arrived to the EU.  A large proportion of asylum seekers that have arrived in the EU as a result of the refugee crisis have done so via crossing the Mediterranean Sea with their first point of entry typically being Italy or Greece.  Therefore, because of the Dublin Regulation, they should be processed in these countries.

The EU temporary relocation scheme was proposed by the European Commission in response to the refugee crisis and formally adopted by Member States in the Justice and Home Affairs Council in September 2015.  It established relocation quotas for each Member State.  However, some Member States including Hungary, Poland and the Czech Republic, have refused to accept their allocated quotas.

Since 2015, 32,000 people have been resettled through two EU resettlement schemes.  Though illegal arrivals to the EU have dropped by 96 per cent since their peak in October 2015, calls for migration policy reforms to develop a greater shared responsibility among all Member States have continued to increase.

In June 2018, serious disagreements on migration policy arose in Germany between the ruling Christian Democratic Union (CDU) and their junior coalition partner, the Christian Social Union (CSU).  German Interior Minister and leader of the CSU, Horst Seehofer, made calls for those who have already applied for asylum in other EU countries to be turned away at Germany’s border, a proposal which German Chancellor, Angela Merkel, has refused to accept arguing that it goes against the EU’s open-border policy.

On 10 June, Italian Interior Minister and leader of the anti-immigration League, Matteo Salvini, refused to allow 629 passengers aboard humanitarian rescue boat, the MS Aquarius, to disembark at Italian ports.  A political impasse between Italy and nearby neighbour Malta ensued over which country should accept the MS Aquarius, until new Socialist Spanish Prime Minister, Pedro Sánchez, declared that Spain would take in the passengers on board the rescue boat.  Italy has since continued to prevent humanitarian rescue boats from disembarking at Italian ports.

On Sunday, 24 June, European Commission President, Jean-Claude Juncker, convened an emergency informal summit of EU leaders on migration to work with those leaders “interested in finding European solutions ahead of the upcoming [European Council Summit].”  The European Commission originally put forward a draft leaders’ declaration ahead of the meeting, but when newly-appointed Italian Prime Minister, Giuseppe Conte, declared that he would boycott the meeting the statement was discarded.  No major decision was reached at the informal meeting, but the 16 EU leaders in attendance agreed they needed to work together on migration.

At the European Council Summit on Friday, 29 June, EU leaders adopted European Council conclusions on migration and called on the Council of Ministers and the European Commission to “swiftly explore the concept of regional disembarkation platforms, in close cooperation with relevant third countries as well as UNHCR (the UN’s refugee agency) and the IOM (International Organisation for Migration).”

Regional disembarkation platforms would involve setting up centres in relevant third (non-EU) countries to process the asylum applications of those rescued in Mediterranean waters.  This idea has generated controversy as critics believe the platforms could break international and human rights laws which set out protections for refugees.

After the Summit, European Council President, Donald Tusk, stated: “We have managed to reach an agreement in the European Council.  But this is in fact the easiest part of the task, compared to what awaits us on the ground when we start implementing it.”