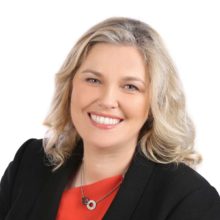 Noelle has been the CEO of EM Ireland since April 2011 with overall responsibility for all governance, financial and operational matters of the organisation in growing its development as it works to further strengthen the connection between Ireland and Europe.

In November 2020, Noelle was elected as a Vice-President of the board European Movement International. Noelle is also the official spokesperson for the organisation and has regularly presented in national and international media in addition to leading on a variety of national and international training, communications, education, outreach and citizen engagement programmes on behalf of EM Ireland. Prior to joining EM Ireland, she provided business development training, education and public affairs consultancy to a wide variety of both private and public sector clients including government bodies and in the third level sector including HEA, Fulbright Commission, Irish Research Councils.. She held management consultancy positions in Accenture; headed up the Training, Education and Business Development function of the Construction Industry Federation, and was formerly a Director on the Board of the semi state agency, Skillnets. Noelle previously worked on Business Development and Member relations for the Irish Co-operative Organisation Society in addition to working with Thea and on an Interreg Programme.

Noelle is also a Fellow of the Irish Institute of Training and Development, and International Leadership Fellow of the Society of St. George Windsor Castle, a member of the CIPD and the Institute of Directors of Ireland, a voluntary Board Director of Alliance Française Ireland and Chair of the UCC Dublin Alumni Chapter. In 2017, she was awarded the Chévalier de l’Ordre National du Mérite – awarded second highest national order of France by the President of the Republic of France for public service between Ireland and France. A qualified Coach, she holds a BA Hons in European Studies and Languages from UCC, DEUF diploma from Université Jean Moulin, Lyon III, France and an MSc in International Relations from the University of Edinburgh Scotland. 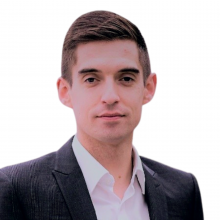 As Special Adviser to the former Tánaiste and Minister for Justice, he was centrally involved in progressing policy issues related to the Justice and Home Affairs Council. He was chief speechwriter and spokesperson for the Tánaiste and led the development of policy, legislation and strategy related to her agenda. Prior to this he worked as Head of Press and Communications with Fine Gael.

He served as Special Adviser to the former Minister for European Affairs in the period before and during Ireland’s 2013 EU presidency where he had a key role in policy planning and coordination particularly on issues related to the General Affairs Council and enlargement agendas. He was intensively involved in progressing the policy priorities of the Irish presidency within the EU institutions.

Stephen started his career as a journalist and television producer at RTÉ and Al Jazeera. His most recent role prior to joining EM Ireland was Head of Media Relations at AIB Group.

He holds a Masters in European Studies from the University of Leuven and a Bachelors in Journalism from Dublin City University. 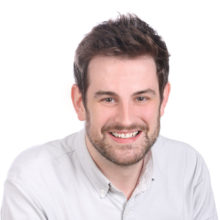 Rory joined EM Ireland in December 2017. Rory leads on all of EM Ireland’s strategic planning, ensuring that the work we do is targeted, evidence driven, and meets our ambitious goals.

Rory has fifteen years’ experience in high level communications consultancy, working in the UK, Belgium and New Zealand with a focus on public affairs, political consultancy and social change communications. Most recently, while based in London, he worked with governmental clients in the UK, the EU and Africa on crucial issues facing society, including extremism, deforestation, migration, and tribalism. Rory holds a degree in Journalism and Visual Media Communications. 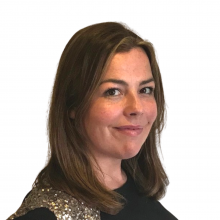 Head of Communications and Youth Engagement

Having spent a number of years working as a journalist at both a local and national level, Cathy then worked at senior management levels in organisations specialising in PR, communications, stakeholder engagement and public affairs.
Her more recent position prior to EM Ireland was Head of Communications and Public Affairs with Down Syndrome Ireland. Having worked with one of Ireland’s largest youth organisations Foróige and with the Department of Children and Youth Affairs, she also has expertise in youth engagement and communications.
With a Masters in Journalism and Public Relations from the National University of Ireland, Galway and a PRII member, Cathy is passionate about helping people tell their story and empowering them to have their voices heard. 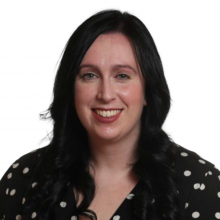 Ciara joined EM Ireland in June 2019. Prior to working with EM Ireland, Ciara worked in both the Events and Entertainment Industries both at home and abroad.

Ciara holds both an MA and BA from Maynooth University alongside qualifications in Online Marketing and Public Relations. 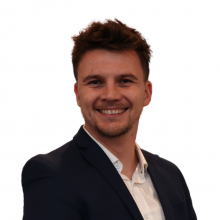 Ryan joined EM Ireland in September 2015 as a Stagiaire, and is now the Digital Communications Manager, with responsibility for implementing the latest digital marketing strategies, fostering brand awareness and producing audio and visual content for the organisation.

Ryan is also the manager of the organisation’s flagship educational initiative, The Blue Star Programme, which educates primary school pupils about Europe in a curriculum friendly manner.

Ryan graduated with a Master’s in International Relations from University College of Cork. 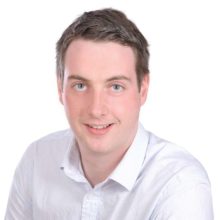 Ciarán joined EM Ireland in November 2017 as a Stagiaire, and is now Events & Operations Manager. Ciarán manages all EM Ireland events while also managing events on behalf of key stakeholders such as the European Commission Representation in Ireland and the European Parliament Liaison Office in Ireland.

He is responsible for the Grad Jobs in Europe campaign reaching out to graduates and young professionals providing advice to those pursuing EU Careers.

Prior to working at EM Ireland, Ciarán worked in banking and finance and as a Schuman Stagiaire in DG Finance in the European Parliament. Ciarán graduated from the Quinn School of Business, UCD with an Hons. Bachelor of Commerce International. 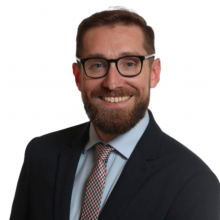 Ciarán joined EM Ireland in October 2019. His core role is to support our research, policy and advocacy outputs, and assist other team members in our various programmes, projects, events and campaigns.

He has over eight years’ experience in EU policy tracking and research. His academic focus has been on policy process, in particular with the Common Fisheries Policy. More recently he has published work on how Brexit will impact Ireland’s sea fisheries as part of the IIEA’s Emerging Voices Group. Prior to joining EM Ireland, Ciarán was the Economic Research Officer at the Irish Maritime Development Office which involved producing research on Brexit’s impact on Ireland’s use of the landbridge.

He has a number of years of lecturing experience having lectured on the EU and integration studies at University College Dublin. He holds a Master’s in European integration from the University of Limerick. 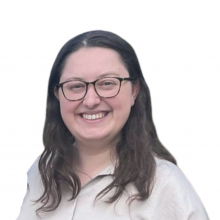 Muireann joined EM Ireland in November 2020 as a Stagiaire and is now Communications and Projects Coordinator. Her role includes social media management, content creation and working as an EA for EM Ireland’s CEO. Muireann has worked on EM Ireland projects, such as NasCSO, the Conference on the Future of Europe and the College of Europe application process.

Muireann has a Bachelor’s degree in history and Politics and a Masters in Politics from UCD. She also spent a year as Editor of the UCD campus Student paper The College Tribune. 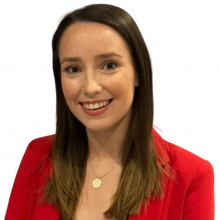 In EM Ireland, Elizabeth coordinates both the MyEU50: The Ireland EU50 Youth Competition and the Blue Star Programme. In addition she manages EM Ireland’s members’ events and events on behalf of key stakeholders such as the European Commission Representation in Ireland and the European Parliament Liaison Office in Ireland.

Prior to EM Ireland, she worked with Irish Girl Guides. She has previously worked in events for Keynote PCO, MCI Dublin and the Shelbourne Hotel. 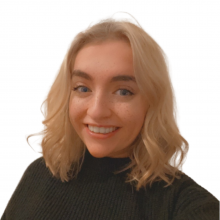 Prior to her role in EM Ireland, she worked in Accenture and completed the Schuman Traineeship in the European Parliament Liaison Office Dublin.

Gabrielle previously worked as a presenter and reporter during her teenage years for RTE Young People on shows such as Elev8 and Swipe TV. She interviewed President Michael D. Higgins and reported on current affairs, history and politics.

She is half French and is trilingual (English, Irish & French).

She holds a Law degree from the Technological University of Dublin and a Master’s in International Public Policy and Diplomacy from UCC.